Some of the Most Common Boiler Problems

In summer it remains largely unused, but during winter, when it's freezing cold, we are all thankful for our central heating system. As we rush to unlock the front door and get into the warm, we never give a second thought to how the central heating actually works, or consider that it might not work when we turn it on. It's just something that is there, and it's only when it is taken away do we realise how important it truly is. At the heart of the vast majority of central heating systems in the US is the boiler, which is undoubtedly the hardest working appliance in the average home. In fact, it is worked so hard that it's perhaps not surprising that faults do sometimes develop. Today we are going to take a look at some of the most common boiler related problems that professional Nottingham heating engineers come across. 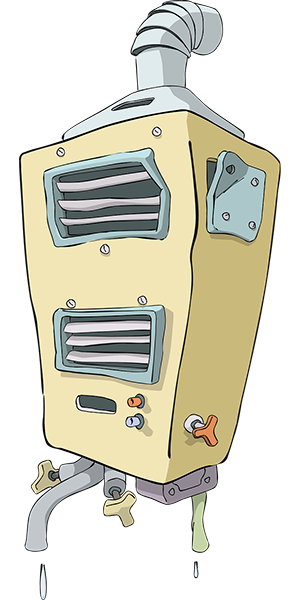 Radiators Aren't Heating Up and There's No Hot Water

These are both elements that are essential in the day-to-day running of a household. Without hot water a number of different activities are affected, including taking baths or showers, washing your clothes, cooking and cleaning. And the lack of central heating leaves you....COLD. We get a number of calls each week from clients who cite one or both of these problems. The boiler is not always the main cause of the problem, but more often than not it is, and there are a whole range of things that could have gone wrong. It could be a faulty mechanical valve or perhaps an airlock has become damaged.

My Boiler is Making Noises

This is usually a sign that something is wrong. It's like your boiler is trying to talk to you to tell you that it's not feeling well. Banging and whistling noises are often reported, which could both be caused by a number of different things. The best thing to do is call a L and M Service Specialist, who will carefully assess your boiler and be able to identify the cause of the problem and take the appropriate action. A couple of the more common causes of these noises are air that is stuck inside the boiler and water pressure that is too low.

Can See or Hear Dripping

A boiler that is functioning properly should not leak water. If you hear a dripping noise, or see patches of water around the boiler, it's wise to get in contact with a professional right away. It's hard to determine what is actually wrong without seeing the boiler firsthand, as the cause of the leak will depend on where it's leaking from. Some of the more common areas you may find a leak are:

The performance of anything typically deteriorates over time, and if your central heating L and M uses a thermostat that is older than you are, it's not uncommon to experience problems from time to time. Some of the more common issues include:

Can You Hear a Kettle?

I know we have already mentioned strange noises, but this one is worth a mention simply because it's so common. Kettling is caused when the heating exchange in your boiler becomes coated in a layer of lime scale, and is named after the noise that this can cause, which is similar to a boiling kettle.

While this could actually be caused by a whole number of different things, sudden breakdowns can often be attributed to the condensate pipe freezing up. This pipe's role is to remove water from the boiler, but if exposed to colder conditions (many boiler related problems do actually occur at the start of winter), the water inside this pipe can freeze and block the pipe up, stopping the boiler from working as it should. As long the pipe does not fracture, it should be possible to simply thaw the pipe out. We would always advise calling a trained plumber or heating engineer in Nottingham to handle this.

If you have noticed that your home heating isn't really performing as it should, the problem could be low water pressure. Your boiler needs a constant supply of cold water to be able to heat your home but sometimes that supply can be affected by a loss in pressure. Two of the most common causes of loss of pressure is a leak somewhere in your heating system, or a problem with the pressure relief valve.

Central heating repairs are not something the average homeowner or handyman should attempt to do alone, as without the proper knowledge and skills you could cause further damage. Call a professionally trained L and M Service or heating specialist instead.